Today’s blog features an interview with Jeremy Lent, author of The Web of Meaning: Integrating Science and Traditional Wisdom to Find Our Place in the Universe. It includes the winning question from last week’s giveaway!

1. We’re used to thinking of “science” and “traditional wisdom” as very different things. How can they be integrated?

When people talk about “science” in contrast to traditional wisdom or spiritual inquiry, they are often referring to a particular form of science known as reductionism, which is a methodology of dividing an object of investigation into increasingly smaller parts in order to understand it better. As a methodology, reductionism has been phenomenally successful. However, over the centuries, many scientists and philosophers have been so swept up by its success that they began to believe that reductionism alone could ultimately explain the universe itself.

This form of reductionism, known as ontological reductionism, is a belief system relying on a leap of faith: it asserts that, because its method works effectively to understand many things about the universe, it can be used to understand everything about the universe. Science, on the other hand, is a systematic methodology for examining the nature of reality based on principles of observation, hypothesis, prediction, testing, and analysis. It is possible to reject the reductionist leap of faith about the cosmos while remaining fully committed to the scientific method as a powerful vehicle to investigate the nature of the universe.

Much of the debate that characterizes the conflict between science and spirituality misses this crucial distinction. People who believe in a spiritual dimension to the cosmos frequently criticize what they call “scientism” or “scientific materialism” when the more appropriate target of their criticism would be ontological reductionism.

There is a large and growing body of scientific disciplines based on an alternative conception of the universe—one that focuses on understanding the complex, dynamic connections between things, rather than assuming them away. This underlying recognition of interacting phenomena as a complex system is often referred to as systems thinking.

Systems thinking undermines the sacrosanct distinction between the observer and observed that is essential to reductionism. It leads naturally to a sense of participatory engagement that forms an intersection point between science and spirituality. This offers fertile new terrain for discovery—and a potential pathway for humanity to find a more harmonious relationship with the sentience existing all around us on Earth. Recognizing this, complexity theorist Stuart Kauffman has mused, “We enter new territory. . . . We are seeking a new conceptual framework that does not yet exist.” There are, however, conceptual frameworks for exploring the meaning of humanity’s intrinsic connection with the natural world to be found in premodern wisdom traditions. It is here that the integration of science and traditional wisdom offers so much of value for the modern world.

2. Why do you think we need to “find our place in the universe”?

The dominant modern worldview has given us a set of beliefs about humanity and our place in the universe that are both dangerous and scientifically flawed. It was formed mostly by a small group of men in seventeenth-century Europe, and further developed in the centuries that followed by other mostly European men. This worldview has accomplished a lot. It wrested intellectual control from the hidebound superstitions of traditional Christian theology, and laid the foundation for modern science—one of humanity’s greatest achievements. But it has also been an underlying cause of the horrendous devastation suffered by non-European peoples and cultures, and boundless destruction of the natural world. And the fundamental flaws in its construction have now become so gaping that they threaten the very survival of our civilization—and much of the living Earth.

At our current trajectory, humanity is headed for catastrophe. But it doesn’t have to be that way. If we want to steer our civilization on another course, though, it’s not enough to make a few incremental improvements here and there. We need to take a long, hard look at the faulty ideas that have brought us to this place, and reimagine them. We need a new worldview—one that is based on sturdy foundations.

I believe that the combined insights of traditional wisdom and modern scientific thinking offer a solid, integrated foundation for a different worldview—one that could redirect human civilization onto a very different trajectory, and offer future generations a flourishing world in which to thrive. This is what I lay out in The Web of Meaning: a worldview of integration that identifies the unifying principles that flow through all things, while celebrating the differences that lead to the richness of our lived experience.

3. Given the urgency of the climate crisis, don’t we need to be focused on technical fixes that can be done quickly rather than changing our worldview?

Technical fixes to our current problems, such as investing in renewables or increasing taxes on billionaires and transnational corporations, are absolutely essential but not enough to turn around the terrifying trajectory of our civilization.

We, as a society, need to take a long, hard look at the underpinnings of the values that have brought us to this place, and make a collective commitment to change them at a foundational level. We can think of our entire current economic and political setup like a faulty operating system with multiple bugs. Each time the software engineers fix a bug, it complicates the code, leading inevitably to a new set of bugs requiring even more heroic workarounds. Ultimately, it becomes clear that the problem isn’t just the software: an entirely new operating system is required.

In human culture, the operating system takes the form of its underlying worldview: the entire set of assumptions about how the world works, how things really are, what’s valuable and what’s possible. At this point in history, the dominant worldview has expired. We live in an epoch when its flaws have become superordinate. The depiction of humans as selfish individuals, the view of nature as a resource to be exploited, and the idea that technology alone can fix our biggest problems, are all profound misconceptions that have collectively led our civilization down an accelerating path to disaster. The only way we can truly change our trajectory is by approaching society’s problems from the foundation of an alternative worldview—one that affirms life, rather than the accumulation of wealth above all else.

Given what you know/learned writing the book, what are the key things we can do to incite rapid positive and harmonious change to a thriving interconnected system and culture(s)?

I find it helpful to think of our engagement with transformation as a set of three concentric circles—all intimately interconnected with each other. The inner circle represents our own inner work: we all need to recognize how we’ve been conditioned by our dominant worldview and work on “decolonizing” our own consciousness. The second circle represents our connections with those around us: family, friends, and community. Here, we need to transform our relationships where necessary to move toward mutually beneficial symbiosis: where we are contributing to each other’s wellbeing, recognizing and working to repair historic injustices and oppression, and supporting those involved in regenerating the living Earth. The outer circle represents the global systems that are currently devastating our planet. Those of us who are in a place of privilege must shoulder our responsibility to act proactively to change the growth-based consumer-oriented global system dominated by transnational corporations ransacking the Earth. Join a group that’s working to transform the underlying system, such as The Climate Mobilization, Extinction Rebellion, or Stop Ecocide (among many others) and get engaged.

Above all, the manner in which we interact with others is crucial. In contrast to the old Communist adage that “the end justifies the means,” an ecological principle is that there is no end—simply a continued organic unfolding of whatever means becomes the predominant mode of operation. For this reason, while outrage at injustice and devastation may helpfully energize us, it is critical not to let feelings of hate and resentment infiltrate our actions.

An ecological worldview leads naturally to acting out of love—the realization and embrace of connectedness. This by no means implies permitting harmful actions to take place, and may at times require direct confrontation with those who cause harm, but when those encounters are conducted from a place of what activist Rabbi Michael Lerner calls “revolutionary love,” they are more likely to lead to beneficial outcomes. Ultimately, the transformation to a life-affirming civilization will only emerge when the symbiotic linkages between people become a more powerful force than the competitive impulses engendered by the dominant culture. 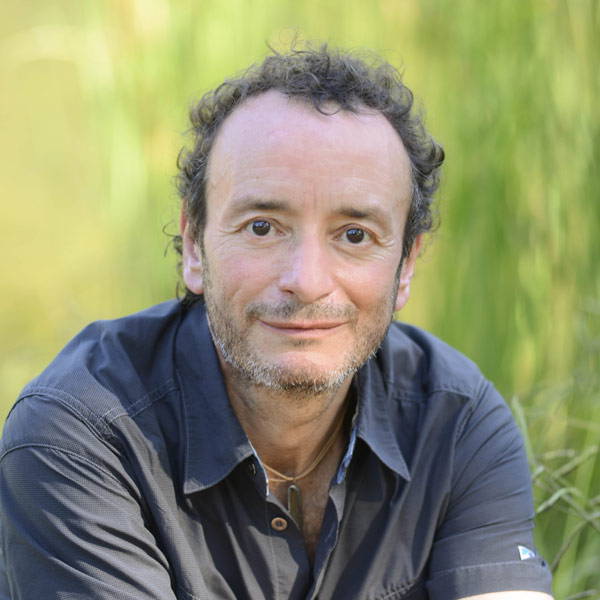 Jeremy Lent is an author whose writings investigate the patterns of thought that have led our civilization to its current crisis of sustainability. Born in London, England, Lent received a BA in English Literature from Cambridge University, an MBA from the University of Chicago, and was a former internet company CEO. His award-winning book, The Patterning Instinct: A Cultural History of Humanity's Search for Meaning, explores the way humans have made meaning from the cosmos from hunter-gatherer times to the present day. He is founder of the non-profit Liology Institute, dedicated to fostering an integrated, life-affirming worldview that could enable humanity to thrive sustainably on Earth. He lives with his partner in Berkeley, California.. Hardy Greens for Your Garden