Today’s blog is an Interview with Karen McAthy, author of The Art of Plant-based Cheesemaking: How to Craft Real, Cultured, Non-Dairy Cheese, featuring our winning giveaway question.

1. How did you first become interested in vegan cheese?

I was the executive chef of a vegan restaurant in Vancouver, and wanted to offer a sharing board to my guests that included something in the cheese arena. Sharing boards weren't quite as popular then as they are now, and my objective was to create an eating experience whereby you encouraged the guest to create unique bites, combining acidity, sweetness, spice, texture, fattiness, etc., through self-chosen pairings of items on a board. I sought a solution, first in commercial products, but was not satisfied with what was available. I then began seeking online resources and recipes or methods and found those to be somewhat frustrating in that they didn't offer a good explanation for why certain ingredients were being selected, what the objective of a particular method was, nor any explanation of principles. I then turned to looking at how dairy cheeses are made, and that was when things started to really open up and become more interesting from an investigative and experimental standpoint.

2. What is your favourite recipe in the second edition of The Art of Plant-based Cheesemaking?

I don't really have favourites. I approach each recipe or method with respect to what I am intending a specific set of outcomes to be, so I don't really prefer any one thing over the other, as I am not comparing them with each other. However, I do really love the coconut kefir recipe (I have coconut kefir almost everyday, as well as non-coconut kefir. Kefir cultures are a particular combination of yeasts and bacteria, and I really enjoy the flavour outcomes they produce). I love making blue cheeses/smelly cheeses, so I really enjoy playing with the mold-ripened methodologies (I only included one in the book, but I like to experiment pretty broadly in this area). Molds can be tricky and are fascinating, and I enjoy working with them in terms of investigating their behaviour on different mediums. .

3. What are the biggest advancements you've seen in the industry since you wrote the first edition of this book?

There are many. The vegan cheese sector is rapidly expanding, along with the plant-protein sector as a whole. However, now that the capital markets have begun to express interest in this sector, and retail investors are looking to move away from some of the traditional industries out there, the influx of money and investment is stimulating or supporting deeper research well beyond the DIY kitchens. First, materials: evolving from most of the creative and innovative and curious DIY minds, people are eager to explore a number of materials beyond cashew. This was already the case even when I was preparing for the first book, but there has been a surge of interest in, and exploration of, other materials. Certainly, my students have consistently been asking for this kind of information. So there is now some emphasis on oats, certain legumes, and some seeds and nuts less commonly used in the most common commercial cheeses or recipes. A desire for reduced allergen risk is driving some of this, as well as folks wanting to use ingredients that travel less distance from (some of) their homes, perhaps. There’s been an explosion of small- to mid-scale commercial producers and, although still limited in number, more stand-alone vegan cheese shops in different places such as Rebel Cheese in Austin, Texas and La Fauxmagerie in London, UK, and others. With this, the diversity of cheeses is increasing, and I think this is where we may really begin to see how the commercial end of the sector can come together and start to create specific or unique types of cheese. There is a fairly common “style” of cheese that can be seen among vegan cheese makers online: it is generally round; ash-rinded on the surface, with an ash midline when you cut it open; and can sometimes have a white bloomy surface. Blue Heron Creamery, my company, has been making a version of this “style” (it lacks a formal name such as brie or cheddar etc), called Cormorant for at least five years. Now there are many others who make something similar in appearance. It is common enough that perhaps we, the vegan cheesemaking community, should finally designate it as something official . Aside from these, the most significant work has been coming from the academic realm into the food tech realm, with the use of precision fermentation and synthetic biology to produce animal proteins such as casein and whey from yeasts and bacteria. The results of this animal-free (but not plant-based) milk has been producing highly similar results to traditional cheeses in prototype testing. Companies such as Perfect Day, Re-Milk, Formo, ImagineDairy, New Culture, and Change Foods are just a few entering this space with heavy venture capital backing, and it is anticipated that this will drive a significant change in traditional animal milk cheese alternatives. I expect there will be some who are hesitant and skeptical about this technology, but its promise for reducing land use impact from large-scale animal agriculture is potentially significant (there is a lot of work to be done on scaling up the technology with respect to high volume production of materials). Real Vegan Cheese is a grassroots, non-profit research project working to use cell agriculture (where precision fermentation and synthetic biology would be used as technology) to produce information and knowledge on how to produce cheeses using this technology in an open-source way. There has also been some work to produce cultures specific for use in cultured vegan cheese methods, though those are sometimes a little difficult to get depending on where you live, and perform variably depending on what material you are using as your cheese milk, but work in this area is continuing and there are some prospects of big improvements coming. .... I can't say too much on this front (winky face). I don't think plant-based products and methods will be entirely replaced by cell agriculture, I think that what we are seeing is the expansion of what cheesemaking itself is, and what is possible within the realm, something that has been at the forefront of my intent and purpose from the very beginning, so I am very keen to participate in and see how this all evolves.

Have vegan cheeses begun to develop into their own recognizable varieties, apart from comparisons and approximations of traditional cheeses? It seems like there’s room for expanding our idea of what cheese can look like, taste like, and function as through vegan cheeses.

Just as early dairy cheeses did not have common practices or standards of identity, so too, is the case for the dairy-free, plant-based cheese sector. That said, I would say that there is some movement in that direction. My company Blue Heron, in fact, very much focuses on creating stand-alone cheese types with their own characteristics. Developing shared practices, and a common nomenclature, will be things that evolve over time and with a concerted effort among vegan cheesemakers. 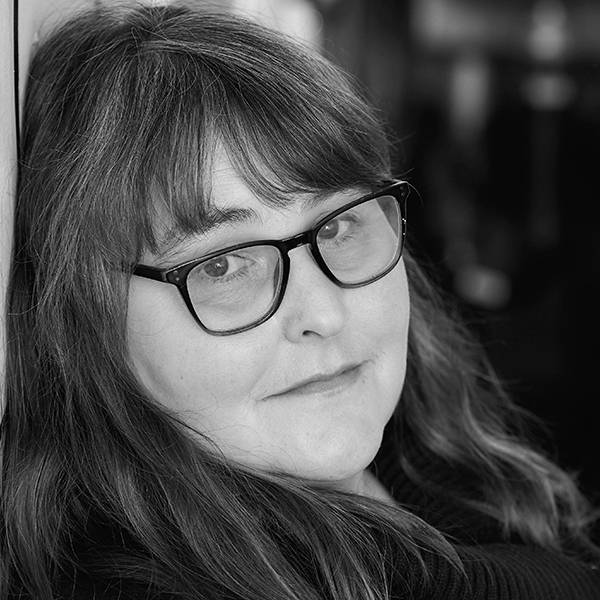 Karen McAthy is founder and co-owner of Blue Heron Creamery, a dairy-free, plant-based artisan cheese and vegan foods company in Vancouver, BC, which creates authentic and cultured non-dairy cheeses. McAthy is a sought-after educator in the world of plant-based food and award-winning author. All Eyes On Fairy Creek