THC attaches itself to endocannabinoid receptors in the brain causing psychoactivity. Initially, these reactions to THC can also increase heartbeat, cause anxiety, or sedate. There is a diminution of the psychoactive effects at high (sorry) doses. This is because the body’s receptors become saturated. Signals are blocked by other cannabinoids.

Usually, ingesting too much THC is not a problem. However, it can cause bloodshot eyes and dry mouth. It can also be responsible for any anxiety attacks, short-term memory loss, dizziness, or even nausea.

Cannabis is often recommended to chemotherapy patients to control nausea. It is the THC that does this. The pain relief prescription drugs Cesamet and Marinol provide relief because of THC they contain.

Breeders have been able to achieve remarkably high (again, sorry, but this is exactly the right word!) THC percentages that can equal over 30% of the plant’s dry weight. This is a huge amount, much more than is found in plants growing in nature. Each gardener will have different tolerances to using them. Until you understand their impact, remember the Goldilocks Rule: use in moderation.

THCV
Tetrahydrocannabivarin (whew, no wonder you don’t hear about this one), THCV, is a different form of THC that has different impacts on the endocannabinoid system. There is not a lot of research, however, on these cannabinoids, though there are some studies on its ability to help with certain forms of glucose intolerance.

CBN
CBN, for cannabinol, is found in Autoflowering Cannabis. It is a by-product of degradation of THC. It usually doesn’t exist in large quantities in fresh plants.

CBN is psychoactive and has sedating properties. It is considered an anti-psychotic by some. Studies show varying impacts on such diverse human (and pet) aliments as diabetes, cancer, neurodegenerative diseases, Crohn’s, and inflammation.

Non-psychoactive cannabinoids
There are lots of non-psychoactive cannabinoids. These impact only endocannabinoid nodes in the body, not in the brain. As a result of a tremendous amount of publicity in the first part of this century (a news story of their impact on a child’s severe seizures that appeared on national TV in the United States and Canada), they became almost as popularly known as THC. There is no reason a home gardener can’t grow their own.

CBD
Cannabidiolic acid converts to CBD, the number two cannabinoid in Autoflowering Cannabis, constituting up to 40% of the cannabinoids in a plant’s resin. It interacts with a much broader range of endocannabinoid receptors than THC (but does not react with the receptors that THC does). This is the chemical touted for its impact on certain forms of epilepsy, but it has a wide range of impacts on the human body.

CBD has been found to actually interfere with the intensity of THC. It is being studied for its impact on anxiety, depression, and pediatric epilepsy. It is antibacterial and has been studied in light of positive responses to dealing with MRSA-type pathogens.

In addition, CBD reduces pain and inflammation. It has become very popular as a home remedy for muscle pains and as a sleep aid. One of the most promising attributes appears to be the ability to aid in protecting the brain after an injury such as a concussion. Clearly, the research has just begun, and no doubt more uses will be discovered for CBD.

CBG
In terms of percentages, after THC and CBD comes cannabigerol or CBG. It is actually the precursor of THC and CBD and is converted to the other two by cellular enzymatic activity.

CBG has gained attention of late because mouse studies show it is effective in helping with irritable bowel diseases. It is strongly antibacterial and antifungal and is being studied as an anti-tumor agent and as an aid in treating prostate diseases.

CBG can interact with cellular systems in addition to the endocannabinoid. Only about 1 percent of the cannabinoids are in this group, though this can be increased by breeding, as can the other cannabinoids. CBC Cannabichromene (again, you can see why abbreviations are used), CBC, is only found in some Autoflowering Cannabis plants. It isn’t psychoactive, but it is a moderator of pain. CBC has antibacterial and antifungal properties and has been shown to reduce acne. 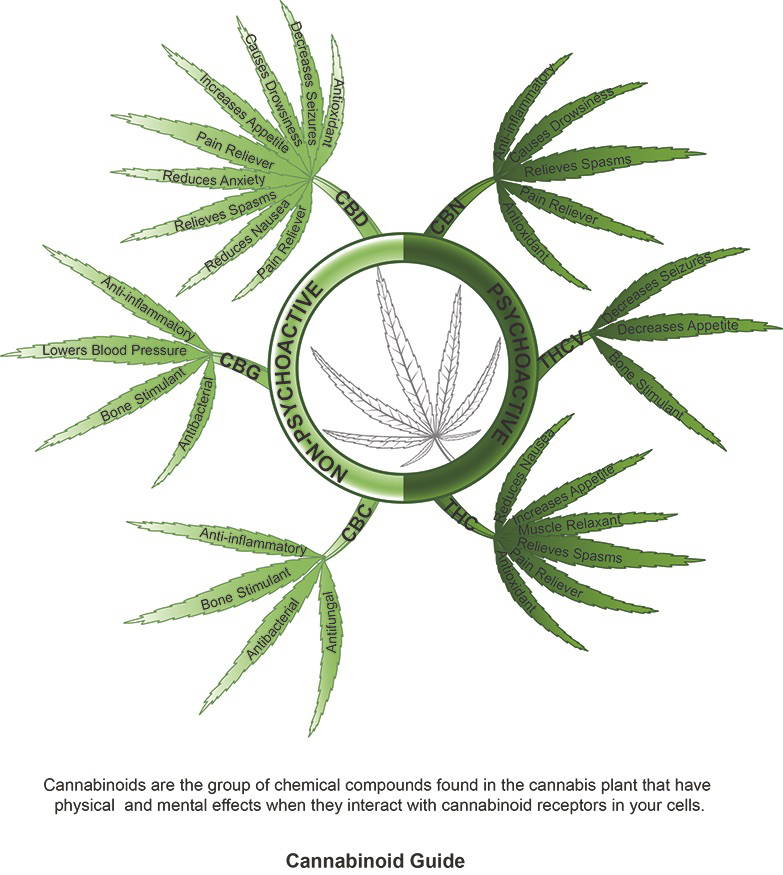 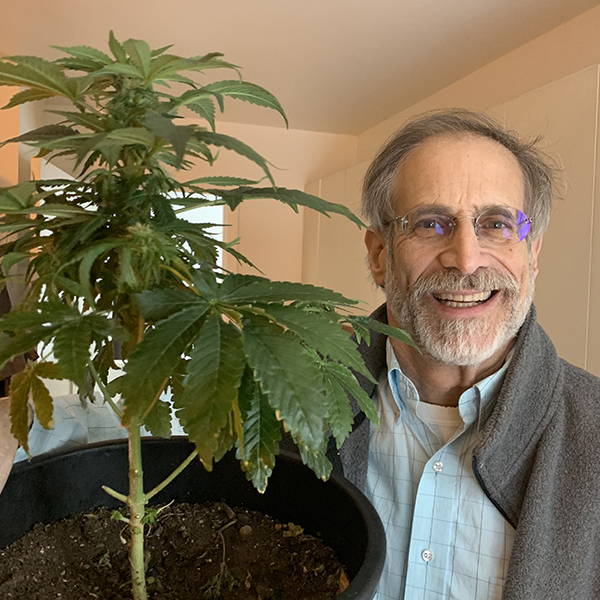 Jeff Lowenfels, a reformed lawyer and leader in the organic gardening movement, is one of the most humorous and entertaining lecturers and writers on the organic gardening circuit. He is the author of three bestselling books, including Teaming With Microbes, which have become bibles for organic growers worldwide. He lives in Anchorage Alaska, where cannabis has been legal since 1975. Create a Framework to Design and Develop Your Land Find an Independent Bookstore Near You