The process of designing your property or even a garden bed can be difficult. With so many considerations, techniques and decisions, people get overwhelmed in the complex process. Building Your Permaculture Property: A Five-Step Process to Design and Develop Land by Rob Avis, Takota Coen, and Michelle Avis offers a revolutionary holistic method to overcome this. Today, we take an excerpt from Building Your Permaculture Property on how to create a framework to implement your design and develop your land.

What is Your Slug?

Remember that good implementation, not good design, is your biggest barrier to success with building your permaculture property. As such, one of the most important things you can do is to use a disciplined approach, a process, that helps you execute your design as efficiently and effectively as possible, as well as adapt to changes as they come up. There are many frameworks out there for project management, especially if you look to the corporate world, and in fact, the process I use myself and teach others is a simplified and slightly tweaked version of a framework used by the executives of a number of million-dollar companies.

The basic premise is that the day-to-day operations should be kept to less than eighty percent of your available resources. These are the urgent tasks like to-do lists or birdshot experiments. If you are not disciplined, you’ll end up caught in this whirlwind of activities and never make progress on the things that matter most. Bringing it back to our earlier analogy, if you want your slug shots to be effective, on an ongoing and iterative basis, you need to decide on your target and calibrate your sights. The 5SP Process uses the following four practices to do this: weakest link analysis, set a wildly important goal, describe lead measures, and make a weekly commitment. Let’s go through each one.

Weakest Link Analysis What is the biggest gap between the vision you want and the resources you have? Or what is causing the most suffering in your life right now? Or what is most limiting your well-being? Whatever the answer is, I call this your weakest link. Note that this is not a value judgement about your current inventory of what you have. It is a relative judgement about how your current resources are limiting the well-being described in the corresponding vision statement. Your weakest link then is the gap that is most limiting your overall well-being in the present. In the same way that a chain is only as strong as its weakest link, your well-being is only as strong as your weakest resources.

Once you have identified the weakest link in your personal resources or your property resources, you must turn it into a wildly important goal, called a WIG for short, that is achievable and gets you excited. I recommend that you focus on one WIG at a time because the more goals you have, the more divided your resources are and the less likely you are to achieve them. Unlike the qualitative and general vision statements written in Step 1: Clarify, when writing down your wildly important goal, it must be quantitative and very specific. Make it short, sweet, easily memorable, and hard for you or any of your partners to weasel out of! The formula “From X to Y by when” works excellent. This WIG is your slug. It is the one shot, at present, that would take out that charging bear before it devours you.

For example, say that the biggest gap between your vision and resources is your concerns about your body weight. Your WIG for this weak link would be something like “I will go from 200 pounds to 150 pounds by next summer solstice.” You might think that this is an unrelated WIG to building a permaculture property, but by far the most common weak links my students and clients identify when they get to this stage in the process are in living capital (personal health), social capital (relationship struggles), and spiritual capital (emotional trauma). The beautiful thing about this process is that it can help improve the health of your soil or your soul!

Another example, this time of a water resource weakest link, could be the “groundwater well flow rate is declining.” Here your primary concern is related to a secure water supply. Following the formula, your WIG to address this issue could be stated as “from water scarcity to water abundance within one year” or “from declining well flow rate to increasing well flow rate within five years.”

The weakest link and the WIG are pretty straightforward, but the next step is to identify what specific actions you have control over that will most likely lead to achieving your WIG. Think of the goal of moving a giant rock. Lead measures can be thought of as the different kinds of pry bars you might try to use to move the large rock. Alternatively, you can think of these as the battles that help to win the war.

Consider that your weight is the number that shows up on the scale every time you step on it. As satisfying or disappointing as this might be, no matter how often or how accurately you measure this number, in itself it does not help you to lose weight. It only tells you what your weight is. Your actual weight is therefore not a lead measure. For the failing groundwater well example, knowing the flow rate volume of your well doesn’t change the outcome either. Therefore, the well flow rate is also not a lead measure. Lead measures are the actions and efforts that you have direct control over and that influence or most likely lead to you achieving your WIG. They are your leverage points. For example, a lead measure for the weightloss goal could be stated as “the number of calories consumed.”

For the failing groundwater well example, you can influence the number of liters of water infiltrated through swales and ponds on your land. “Number of liters of water infiltrated” is therefore a good lead measure. And sometimes (perhaps often), the problem you are trying to solve is complex, and it is really difficult to know what the best lead measure is. In that case, my favorite lead measure is simply “number of behaviors adapted, adopted, or eliminated.” Now you are simply focused on influencing the number of different things you are trying to do, and watching carefully for which one is actually going to move the rock!

Note also that your lead measure shouldn’t stipulate a specific quantity of an action. For instance, you wouldn’t put “consume less than 50 grams a day of carbohydrates” or “infiltrate one thousand liters per day in my swales.” This is because it is impossible to know exactly how much you need to push down on a particular pry bar to move a large rock, let alone how many pry bars are necessary or which ones are necessary. You can think of these as buckshots that accompany your slug! They are bigger and have more force behind them than your birdshot, but there are still several of them to improve your chances of hitting the target.

Everyone knows the exhilarating experience of being on a roll and the paralyzing feeling of being stuck in a rut. Whether you are working with a partner towards a shared goal or individually, the best way to overcome inertia and create momentum towards your WIG is to set a weekly commitment to move that rock forward. These weekly commitments must be directly related to your lead measures, and typically they should address any critical issues or lead dominos. The question I like to ask myself is: What’s one best action I can do this week that will have the biggest impact on my WIG? For weight loss, this might be: “This week I will clean out the house of all junk food” or “This week I will book an appointment with a personal trainer” or “This week I will complete a forty-eight hour fast.” For a failing groundwater well, this might look like: “This week I will build ten one-rock dams” or “This week I will calculate my rainwater harvesting potential.”

From experience, I have seen that most people are highly intuitive about what it is they need to do to improve their well-being, but they just feel hopeless about doing it. If you can get yourself and your partner(s) to pick up the biggest pry bar and just pull down once on it every week, it won’t be long before you will start to see movement, and then you’ll start to feel optimistic and energized about achieving your goal in no time.

If you are interested in this book, be sure to check out the Building Your Permaculture Property Summit and Book Launch from April 23 to 25. Highlighting their brand-new book, Michelle, Rob and Takota will be offering an inspiring, information-packed keynote on their 5-step process to overcome overwhelm and design and build a thriving permaculture property.

Afterward, they’ll interview a growing lineup of world-renowned permaculture pioneers about their own early beginnings, painful lessons, hard-won victories, and inspiring case studies…revealing the insights, strategies, and tactical tips at the root of their success. For more information and to register: https://vergepermaculture.ca/building-your-permaculture-property-summit/ 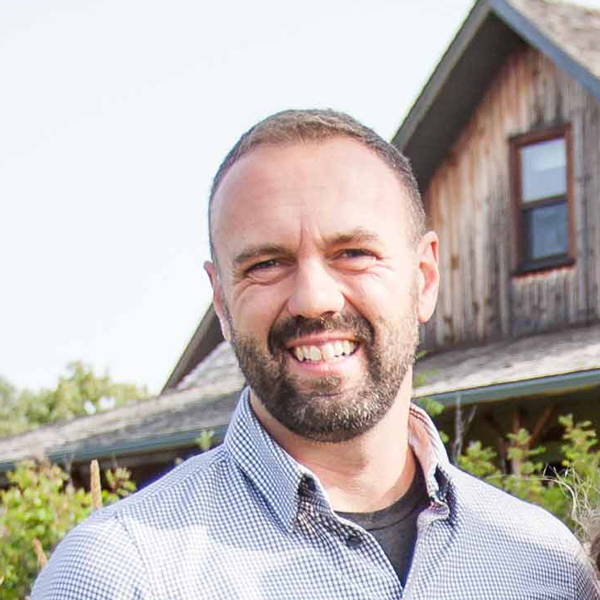 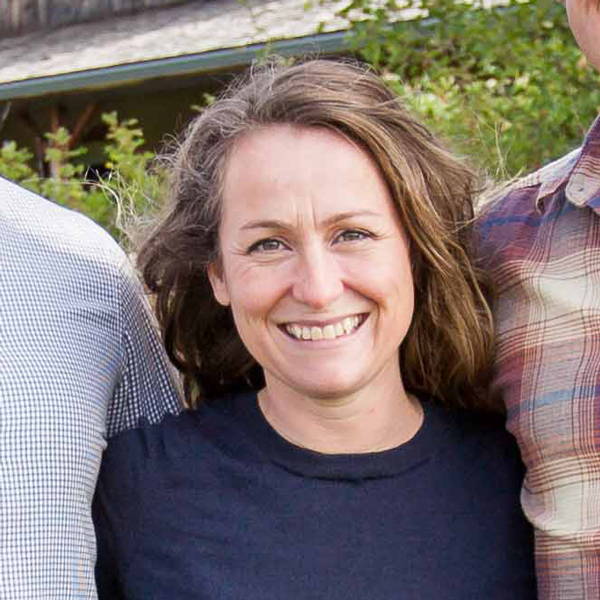 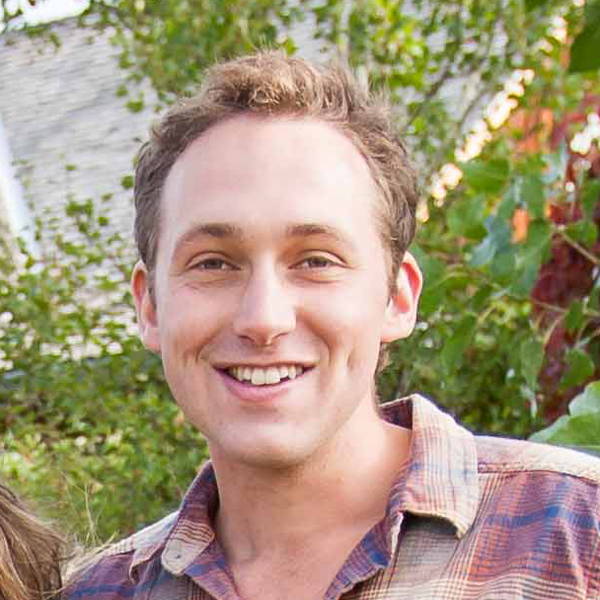 The Tree Hollow as The Bees’ Natural Home