COVID-19 has caused humanity's Ecological Footprint to contract, pushing the date of Earth Overshoot Day back more than three weeks compared to last year. The challenge of relaunching our economies presents countries with a unique chance to act on the future we want.

Earth Overshoot Day marks the date when humanity’s annual demand on nature exceeds what Earth’s ecosystems can regenerate in that year.

By August 22, humanity will have demanded as much from nature as Earth can renew in the whole year, according to Global Footprint Network. Coronavirus-induced lockdowns caused the global Ecological Footprint to contract almost 10% but we still use as many ecological resources as if we lived on 1.6 Earths. As public health and economic recovery have emerged as dominant concerns globally, decision makers are called to act on the unprecedented current disruption to build a future where all thrive within the means of our planet (“one-planet prosperity”). 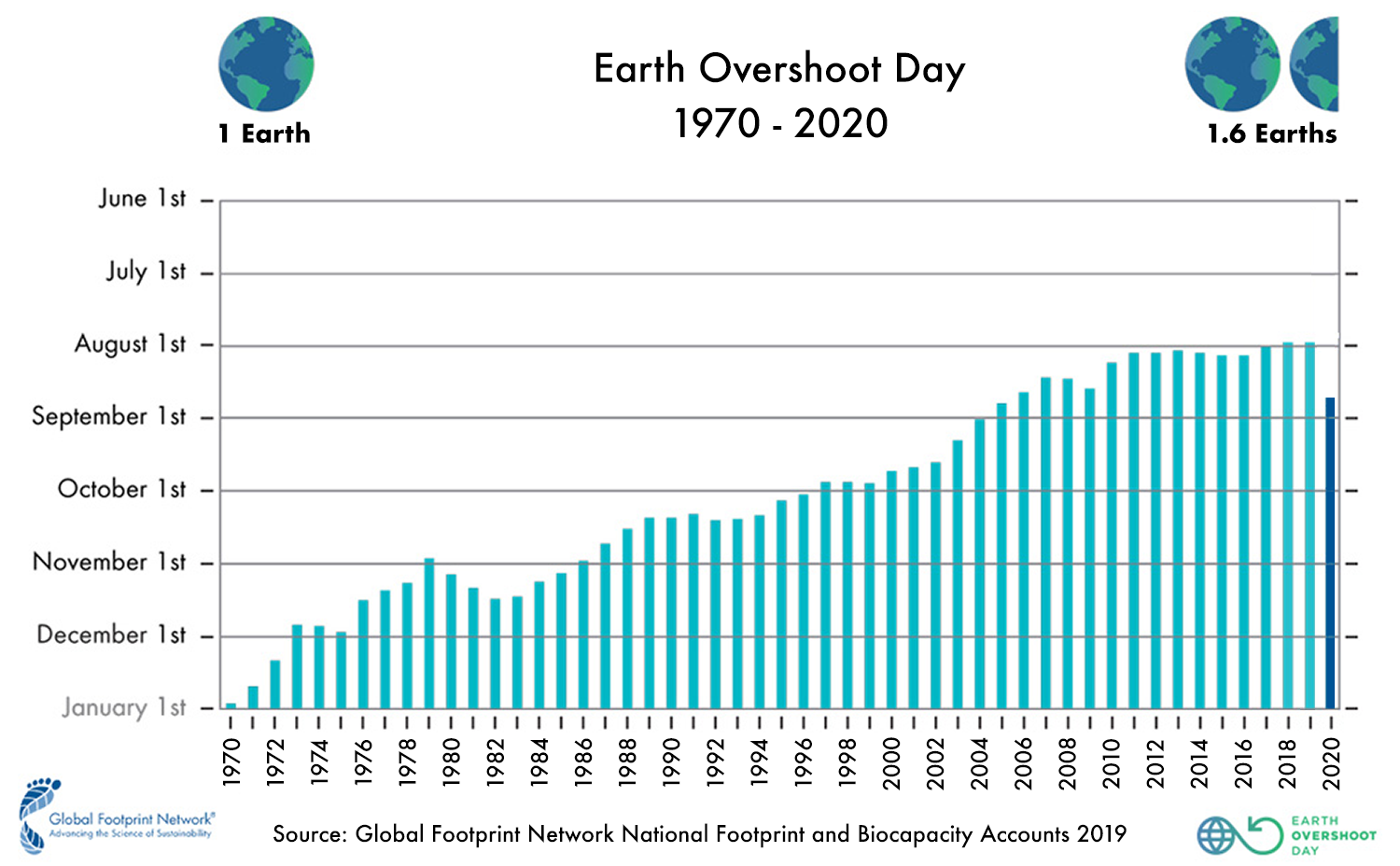 “Sustainability requires both ecological balance and people’s well-being ensured over the long-term, therefore this year’s sudden Ecological Footprint contraction cannot be mistaken for progress,” said Global Footprint Network CEO Laurel Hanscom. “This year more than ever, Earth Overshoot Day highlights the need for strategies that increase resilience for all.” 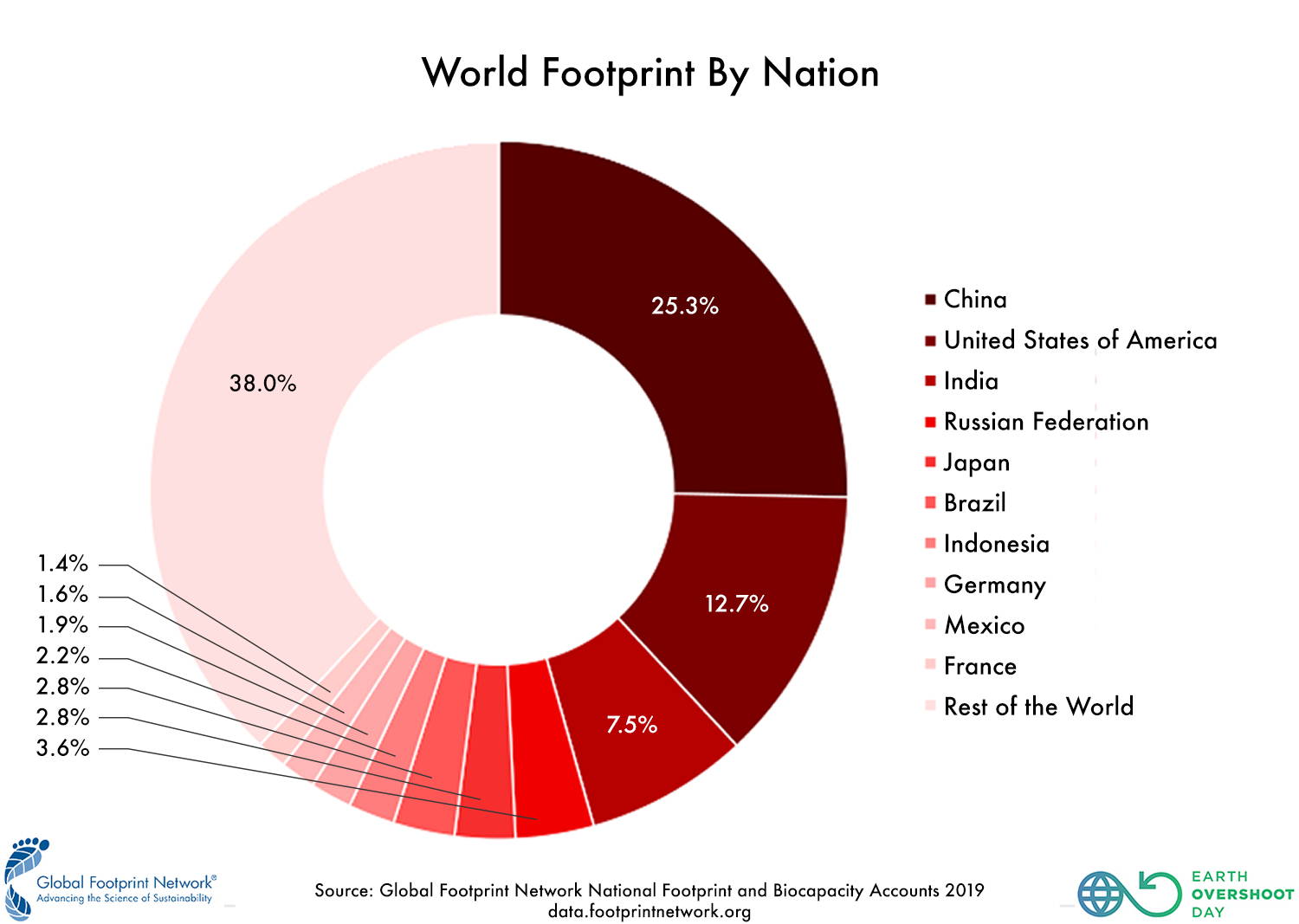 Many solutions exist that can be adopted at the community level or individually to significantly impact the kind of future we invest in, one decision at a time: how we produce the food we eat, how we move around, how we power ourselves, how many children we have, and how much land we protect for wildlife. Reducing the carbon Footprint by 50% would move the date by 93 days.

With food systems currently using 50% of our planet’s biocapacity, what we eat matters. Policies aimed at reducing the carbon-intensity of food and the impact of food production on biodiversity – while improving public health – deserve special attention, as highlighted by joint research between Global Footprint Network and the Barilla Center for Food and Nutrition. Cutting food waste in half would move Earth Overshoot Day 13 days. 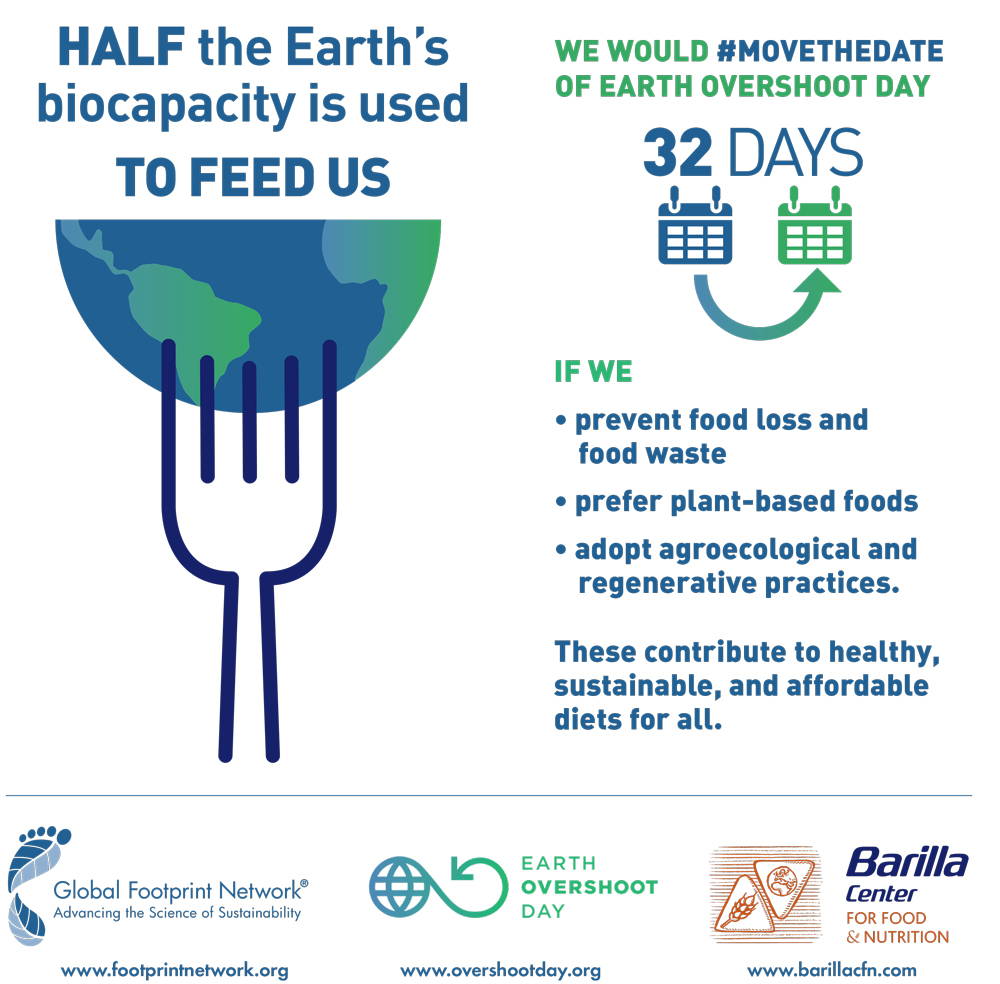 Because we need to prepare for a world increasingly shaped by climate change and resource constraints, Overshootday.org spells out what individuals can do, while the Footprint Calculator can help them measure their progress. Also, up and running initiatives by businesses, governments, communities, and individuals to effectively advance sustainability are celebrated on the crowd-sourced interactive #MoveTheDate Solutions Map. 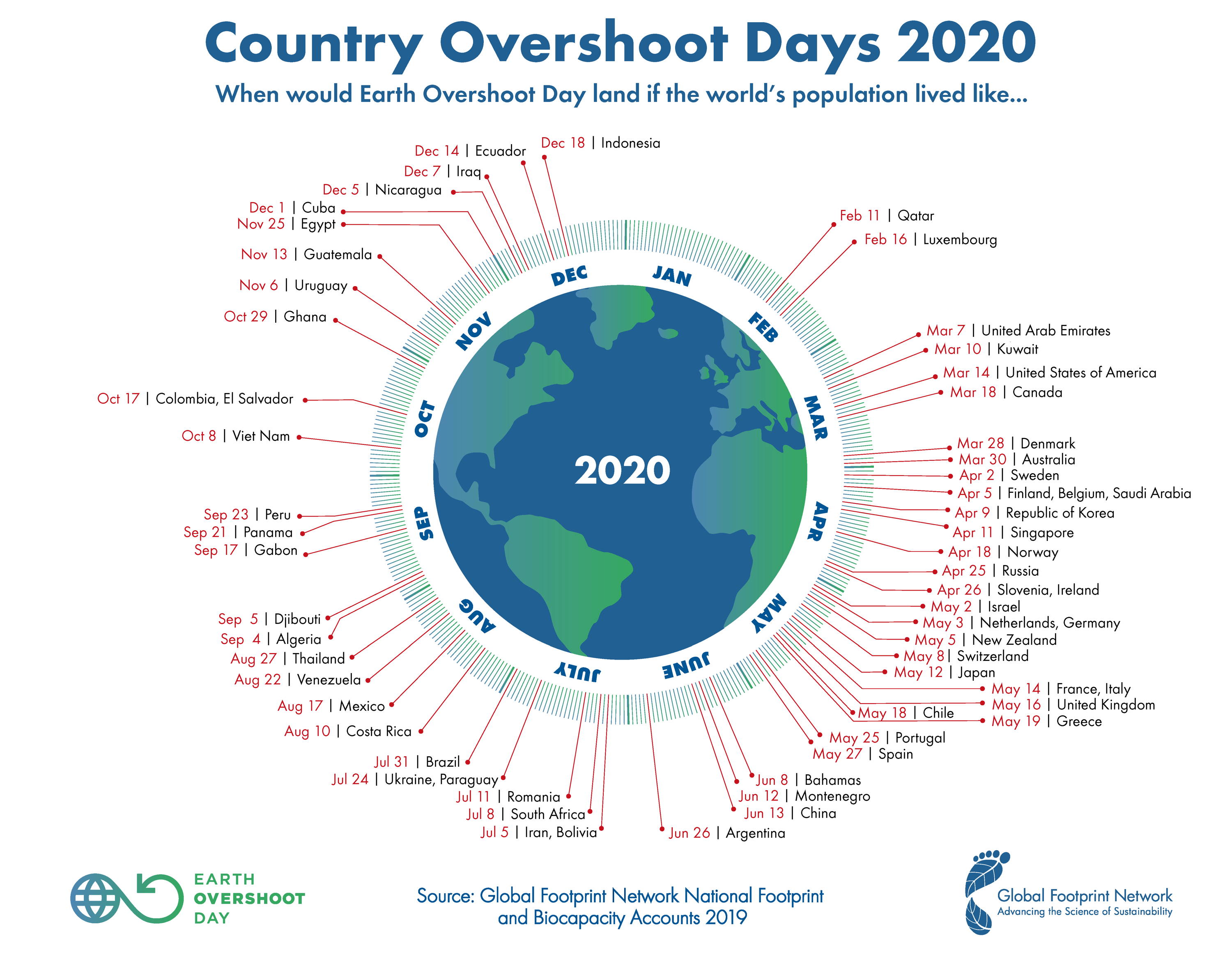 In recognition of the postponed COP26 Climate Conference in Scotland, the Scottish Environmental Protection Agency (SEPA), the University of Glasgow, and Global Footprint Network will mark Earth Overshoot Day in Glasgow on August 20. Building on SEPA’s one-planet prosperity regulatory approach, the live streamed event will highlight leaders from the private and public sector in Scotland, the UK, and around the world.

Overall, enabling humanity to thrive on our finite planet is becoming a key business strategy. One-planet prosperity provides the framework for long-term success, with the United Nations’ Human Development Index and the Ecological Footprint as indicators, argues the e-book authored by Schneider Electric and Global Footprint Network. 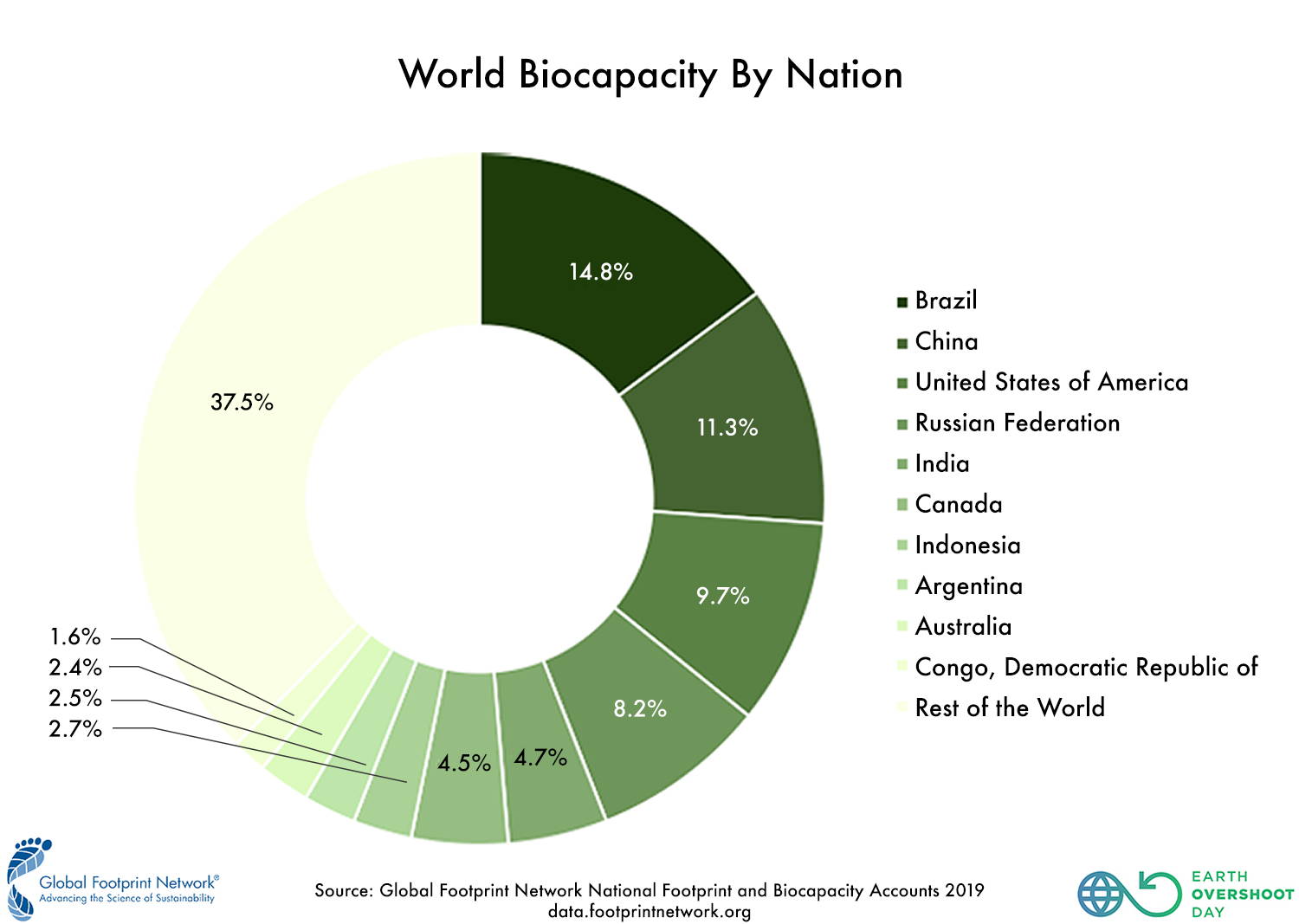 The resilience of companies, but also countries and cities, depends on the sound management of ecological resources. Australia’s biocapacity dropped to nearly half during its massive forest fires in 2019, making Australia run a biocapacity deficit for the first time in its recorded history. In contrast, Scotland, with its aggressive decarbonization strategy and quite significant biocapacity assets, is realizing that it is about to close its long-held biocapacity deficit.

Global overshoot started in the early 1970s. Now, the cumulative ecological debt is equivalent to 18 Earth years. In other words, it would take 18 years of our planet’s entire regeneration to reverse the damage from overuse of natural resources, assuming overuse was fully reversible. Solutions suggest that it is possible to live within the means of our planet. If we #MoveTheDate 5 days each year, humanity would be using less than one planet before 2050. 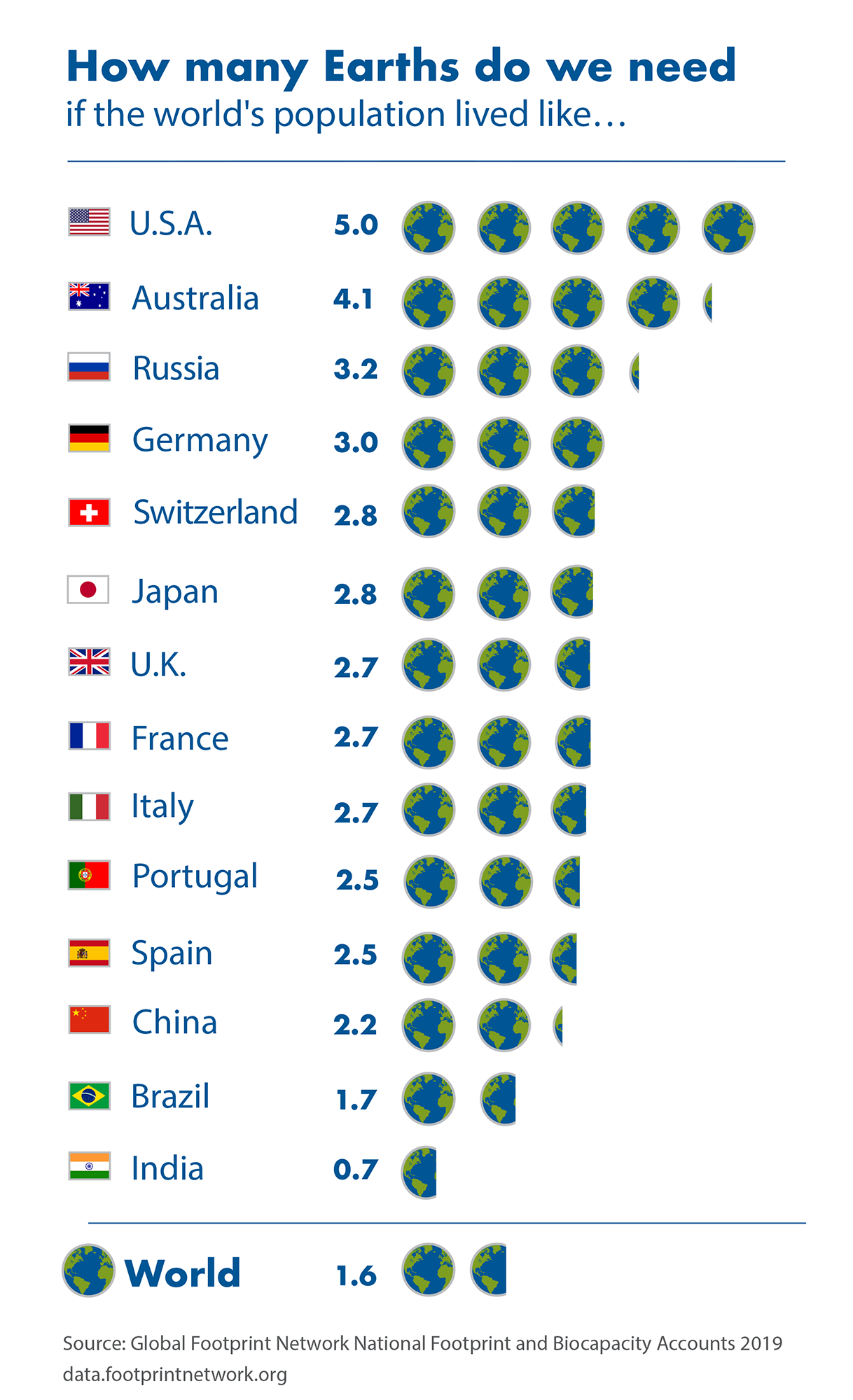