In Ecological Footprint by Mathis Wackernagel and Bert Beyers the authors discuss the concept of Ecological Footprint accounting. This book looks at topics such as footprint and biocapacity accounting, strategies for creating regenerative economies, etc. Today, we share an excerpt that talks about ecological limits and also discusses the topic of the Footprint.

Excerpt from Chapter 4: One Planet- Ecological Limits and Then What?

We catch more fish than fishing grounds replenish; we release more carbon dioxide into the atmosphere than our ecosystems can absorb. In some regions we cut more trees than can regrow, and pump more water from the ground than recharges. This phenomenon is called overshoot. Although the phenomenon is dangerous and of paramount importance, the English term has no equivalent in German, French, Spanish, Italian, Arabic, and probably most languages— as if doctors had no name for one of the most important diseases. This linguistic gap shows the double risk of overshoot: not only is the existence of overshoot itself full of risk, but so is the fact that the phenomenon is almost off our cultural radar, in spite of the world economy’s intense global ecological overshoot.

People may experience overshoot as an unpleasant side effect of their economic activities. Countries can add to global overshoot without locally overexploiting their resources. If they have the financial means, they can spare their own ecosystems and use imports, or they can simply release their carbon waste into the global atmosphere. This way a country with a biocapacity deficit may not experience overshoot in its own territory.

In addition, overshoot tends to arrive gradually, which makes it that much more dangerous. But from a certain point onward, ecosystems can give in, and lose productivity. We may call them collapsed. They no longer provide what we want from them. The Footprint shows us how much biocapacity we currently have, and how we use it. That way we can see whether we are acting in our own best interest for today as well as tomorrow.

Anyone born in 1950 has witnessed the almost incredible growth of the global population from 2.5 to more than 7.7 billion people today. During the second half of the 20th century, they have experienced a sevenfold increase of the world economy. In the same period, global water consumption tripled, carbon dioxide emissions quadrupled, and fish harvests quintupled. Never before in the history of humanity has there been a comparable growth spurt. Can we keep up this level over the long term?

According to the Footprint, humanity in the middle of the last century used annually about half the planet’s biocapacity. Our children, born around the turn of the millennium, had an altogether different start in life. In 2000, the planet’s biocapacity was already overexploited. In 2019, we used 1.75 Earths (meaning that we consumed Earth’s products 75% faster than they regenerated). If we follow the United Nations’ conservative projections about population development and the growing demand for resources, when our children (born at the turn of the century) hit their fifties, humanity would be consuming three times the planet’s ecological capacity. This sounds absurd, and it is probably physically impossible.

At the moment of writing, we do have a few reduction targets for carbon dioxide. The global emissions are still on the rise in spite of some local and national efforts such as decarbonization programs in Scotland and Costa Rica. The question still remains open how to decarbonize without putting additional pressure elsewhere, for instance through the increased use of biomass. This makes all the graphs for the future still point upward, including for global population size.

If people 2,000 years ago would have been asked what the world would look like in 50 years, they would have found it easy to answer: Like today. The speed of change— whether in population development, technological innovation, or communication— was so minimal they would have hardly noticed. Rulers came and went. Nature’s challenges, from droughts to floods, were borne with patience. But for the coming 50 years, a number of existential questions arise. What will be the consequences if a global population of roughly seven and a half billion people develops toward nine to ten billion? What will happen if humanity does not successfully master this transition and bottlenecks occur along the way? Currently industrial lifestyles are growing even more rapidly than world population.

Populous countries with newly expanded economies such as urban China, India, Brazil, or Indonesia are in a tremendous race to embrace and extend industrial lifestyles. From 2000 to 2010, China almost doubled its energy consumption, and in recent years the increase has barely slowed down. By 2050, an additional three billion people are predicted to have joined the high-consumption global middle class— an understandable if almost unimaginable trend given physical reality. Where would the required resources come from? The age of fossil energy will somehow come to an end, regardless of new discoveries of natural gas and fracking technologies because the cost of extracting energy units keeps going up. Extraction will therefore shrink well before “the last drop of oil,” whether we like it or not. Partly, it will happen because the reserves will run out or will simply require too much energy to extract. But that limitation may be far too late for the climate.

A more hopeful scenario reduces or abandons extraction to avoid climate damage. The 2°C target that G8 heads of state first acknowledged in 2009 in Copenhagen requires fast and radical reductions of emissions. In June 2015, the G7 heads of state pledged to end the burning of fossil fuels by the end of the century. By December 2015, the Paris Climate Agreement signed by 190 countries asks to limit global warming to well below 2°C, and if possible 1.5°.

Even the 2° target is not achievable without phasing out fossil energy well before 2050. The argument is simple. Consensus-based IPCC reports from 2014 tell us that 450 parts per million carbon-dioxide equivalent, that is including other greenhouse gases, would give us a 66% chance to live up to the Paris 2° goal. In other words, this threshold is weaker than Paris. US government websites, even two years into the Trump administration, report the current greenhouse gas concentration in the atmosphere. For 2018 it was 496 parts per million. To be absolutely frank and honest, humanity has only negative emissions left.

If the Footprint tells us that we are already overloading the planet’s biological capacity, one thing is clear: there will be no simple solutions. As with money, we can overdraw our account for a while— but accumulate debt in the process. When will our banker, the Earth, be no longer willing or able to extend the line of credit?

The Footprint’s strength is its ability to give us an orientation, mainly because it works with observable data only. Ecological accounting is the basis of its method and its core purpose. That includes identifying the limits of the natural systems and providing numbers as supporting evidence. As Simon Upton, New Zealand’s former Minister for Science and for the Environment and former Head of the OECD’s Environmental Directorate, put it in his talks about the Footprint: “We know only one thing for sure about Footprint: Its results are wrong...but they are the best we have so far. Which is much better than having none. If you want to have better ones, get involved; help to develop more reliable data. Help to improve the method. Or produce something better yourself.”

Of course, the Footprint cannot answer every question. Identifying ecological viability is not a sufficient condition for a sustainable future. But it is a necessary one. To tell us what is: the Footprint does so currently best at the level of nation-states. The quality of data is crucial, such as the comprehensive trade statistics we have for countries. To come up with a country’s Footprint, we can add up the imports and subtract the exports. These figures allow tracking the exchange of biological capacity. 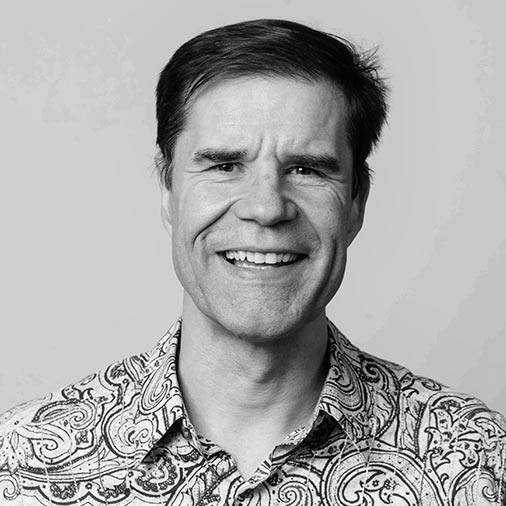 Mathis Wackernagel is co-creator of the Ecological Footprint and president of Global Footprint Network. Recipient of numerous awards, he has lectured at more than a hundred universities and is author or contributor to over one hundred peer-reviewed papers, articles, reports, and books including the bestselling Our Ecological Footprint. He lives in Oakland, California. 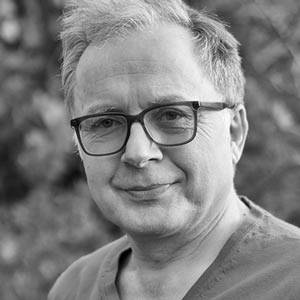 Bert Beyers is an author and journalist with a passion for exploring humanity’s future and its ecological context. He is a senior editor at one of Germany’s largest radio stations in Hamburg. 1.5 Degree Lifestyle is Easier for Some than for Others