If you are a seasoned gardener, avid foodie, or frequent farmers market shopper, chances are you’ve come across shoulder season greens. These greens can be planted very early in spring and again in late summer for a winter crop. Today, we take an excerpt on hardy greens from The Food Lover’s Garden by Jenni Blackmore on some of the greens that you might want to consider adding to your garden or at least adding to your plate for your next salad.

Excerpt from the book The Food Lover’s Garden

Kale, chard and spinach are common shoulder season greens that can be planted very early in the spring and again in late summer for a late fall/early winter crop that will last right up until the hard freeze. There are several other, perhaps slightly less well known leafy greens such as mustard, mizuna, arugula, pak choi, and mâche (a.k.a. corn salad) that are equally hardy and serve as perfect replacements for the summer salad mixes, which will have gone to seed or wimped out by the first frost.

One of the nice things about growing shoulder season crops (crops that grow in the cooler, shorter days of spring and fall) is that many of the typical pests have not yet arrived or are no longer around. The downside of growing in the shoulder seasons is that everything grows much slower during the shorter hours of daylight, especially in the fall when the window of opportunity contracts with every day, unlike the spring when each day is slightly longer. It does require fairly careful timing to get the seeds sprouted and well established before November/December. Planting seeds eight to twelve weeks before the first frost is the time frame to aim for, which roughly translates as late August/September in temperate zones

All the hardy greens are very tasty and nutritious. Perhaps my all time favorite is kale which I enjoy best eaten raw in a salad. Kale leaves can get a bit tough and strong-tasting as they mature but massaging them gently with olive oil eliminates both of these problems. Oil massages might sound like a time consuming and excessive practice (it certainly did to me when I first heard of it) but actually it’s not at all. It can be done as the kale is being torn into pieces; the oil automatically gets “massaged” into the leaves and a couple of extra “scrunches” with both hands completes the job, no problem. And it doesn’t take much oil; two or three tablespoons of olive oil for a very large bowl of kale is enough. I always make kale salad in a very large bowl because it tastes so good. A small bowl just doesn’t contain enough second helpings. I prefer a sweet dressing, so I usually include maple syrup with lemon juice or balsamic vinegar and either sour cream or mayo. It’s worth comparing the caloric and fat counts of mayo and light sour cream. The sour cream appears to be way healthier and it makes a yummy dressing (especially on the spinach/beet salad mentioned earlier). If I could only pick, or only had room for, one winter green in my garden, it would be kale. For one thing, it’s so versatile! It can be . . . I was going to start this sentence as shown but then it occurred to me that there are lots of things that can be done that really would be better left undone so instead of saying kale can be I’m saying kale is great added to soups and stews, used in typical pesto and dip recipes, ever so lightly steamed, sweated or eaten raw. It will provide an extra power boost to smoothies and, lightly oiled and salted, it can even be baked into “chips.”

Kale is said to be one of the most nutritionally dense foods on the planet. It’s loaded with vitamin C and K along with other vitamins and a host of minerals including calcium, potassium and magnesium. It has cancer preventing and cholesterol lowering properties along with forty-five different flavonoids that work as anti-inflammatory and anti-oxidizing agents and also help support detoxification. The more I think about kale the more it wows me. Definitely my best fave pick! And certainly, if space is limited, I would say grow kale! 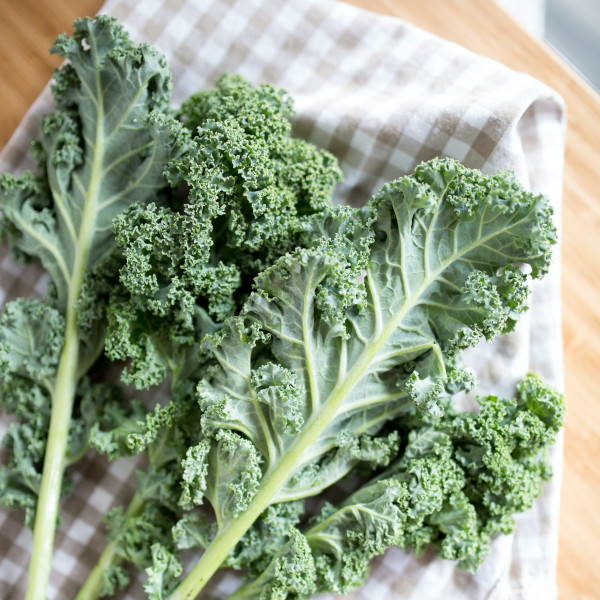 The other hardy greens I mentioned, pak choi, mizuna, chard and mâche all deserve a place in the shoulder season garden, if there’s room, pak choi being my first pick of these. Much like kale it contains powerful antioxidants and phytonutrients that protect cells and reduce inflammation. It’s a brilliant source of vitamins C and K and one cup of pak choi contains the same amount of calcium as 125 ml of milk, all for nine calories! As if that were not enough 100 grams provides 149% of daily required vitamin A.

Pak choi? Bok choi? Chinese cabbage? There seems to be a certain amount of confusion regarding the common name for this plant. This confusion can be traced right back to Chinese sources, as the Mandarin name differs from the Cantonese name, which differs from the Wu name, in addition to the fact that many, many different strains have been developed over the centuries it has been cultivated in Asia. Some of the more common strains readily available in North America include a deep burgundy-red leafed variety and one with a very pleasing green (as opposed to white) leaf stalk. For my purposes pak choi or bok choi is the broad veined, low growing hardy green with spoon-shaped leaves (hence sometimes called “soup spoon greens,” which is the literal translation of tatsoi) that is loaded with nutrition and crazy low on calories One thing to keep in mind when growing pak choi: it is susceptible to flea beetles. These minute pests jump from leaf to leaf much like fleas and bite tiny holes, not much bigger than the head of a pin, in the leaves. It’s best to cover the seedlings with floating row cover to hopefully prevent this damage. 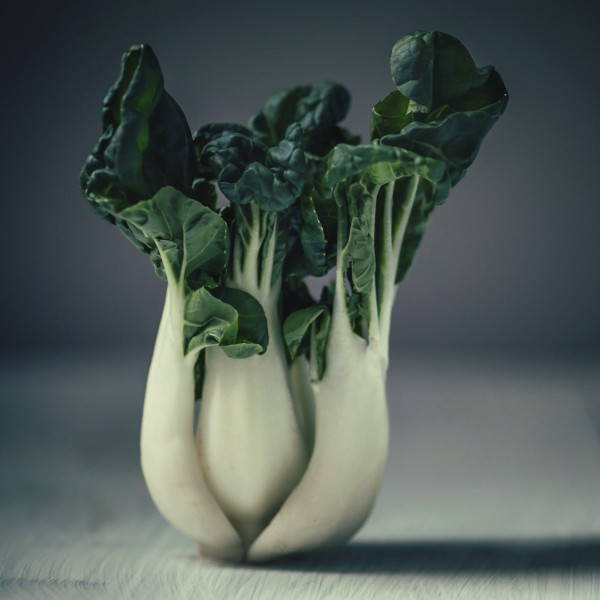 I mention mâche because it is extremely hardy and really does have a sweet and nutty flavor as described in the catalogs, but be warned, it’s very slow to germinate and to grow. It’s also a smallish plant that grows quite close to the ground and once cut, when it’s about six to eight inches in diameter, that’s it. In a nut shell, delicious flavor and texture in salads, but a long wait for a smallish harvest. If space is limited, perhaps not the best choice. Also, if the soil is too warm at seeding time the seed goes dormant. Definitely worth a mention because of its cold tolerance and taste but this wouldn’t be my first (or second) choice. Mâche is also known as “corn salad” because it was often found growing wild in grain fields but the name I like best, which is of German origin, is “rapunzel” which is believed to have been the inspiration for the Grimm brother’s fairy tale of the same name. Mizuna Mizuna, an easy to grow and quite hardy salad green with a slightly peppery taste, is way more accommodating than mâche in that it germinates and grows quickly, producing an on-going harvest which is great. However, the leaf itself is somewhat insubstantial in that there often seems to be more stem than actual leaf, so I find it best to mix with other greens. Having said that, it’s often there peeking its jagged-edged leaves out of the ground when not much else is, a fact that seems to miraculously improve upon its texture and flavor, making it a most welcome addition to any cold weather meal. 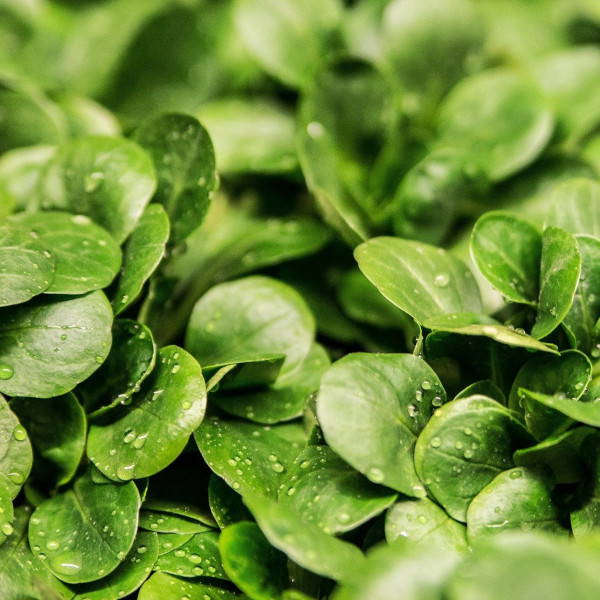 Swiss chard is another green that also seems more welcome under similar circumstances (that is, when there’s not much else to choose from) but these mixed feelings are purely subjective—it’s just not one of my favorite greens. Many people love chard and it definitely deserves a place in the garden and on the table. It certainly wouldn’t be fair not to give it adequate praise. It’s most accommodating, in fact even as I write there’s a sizeable clump in the garden peeking up out of a foot of snow, and it will doubtless be on the menu sometime soon.

What I think of as “traditional chard” has a broad, white rib running up the center of its leaves, which grow in clumps that can be twelve to eighteen inches high, although smaller, more tender leaves are a better pick. Rainbow chard provides a mix of colored stems, including red and white candy striped, bright orange and yellow. As well as being more visually appealing I find the leaves to be more tender and more delicate in taste, although perhaps the plant itself is not quite as hardy as the older strains. There is also a variety called “rhubarb chard” which, not surprisingly, is red-veined and very pretty and perhaps a tad more resilient than the rainbow strains, but only the white stemmed chard does well in cold conditions.

As with kale, chard offers a host of beneficial nutrients that provide antioxidant, anti-inflammatory and detoxification support along with a flavonoid called Syringic acid which is thought to be useful in controlling blood sugar levels. On the downside, however, chard also has relatively high concentrations of oxalic acid, but then so do spinach, beets, rhubarb and several other common vegetables. One of the negative attributes of oxalic acid is that it can contribute to the formation of kidney stones, but boiling for at least three minutes is thought to reduce these levels. 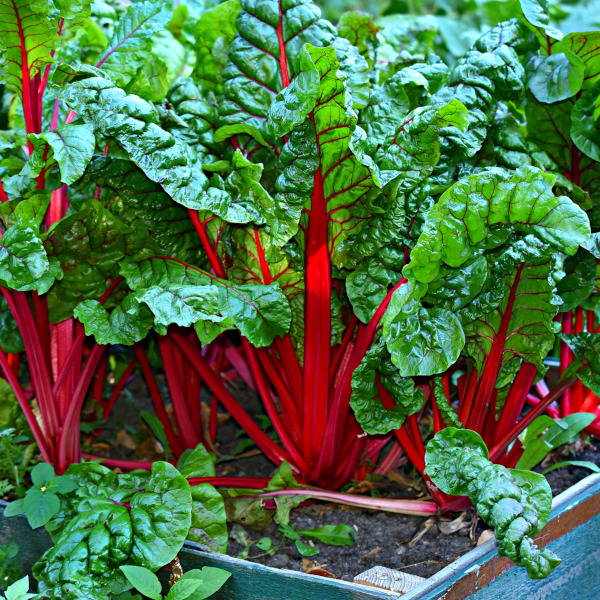 The Food Lover’s Garden is perfect for the foodie and budding gardener. From the humble potato, to pungent garlic, to the beauty of the beet, classic staples take a delicious turn with novel, innovative recipes. Truly food for all seasons and palates.

Interested in this book? Be sure to check out the other titles in our Homegrown City Life series! Purchase 3 or more of these books and receive a 35% discount with the code HOMEGROWNBUNDLE at checkout. 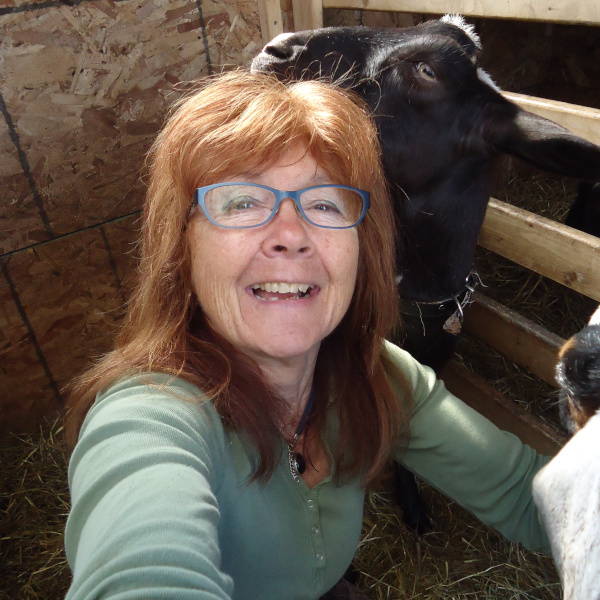 Jenni Blackmore is an artist, writer, micro-farmer, and certified Permaculture Design Consultant. She's an ardent supporter of holistic food production who strives to grow her own vegetables. Her most recent book, Permaculture for the Rest of Us, follows her journey from industrial Manchester to a sustainable island homestead in Nova Scotia.