In What’s Up With White Women?: Unpacking Sexism and White Privilege in Pursuit of Racial Justice, Ilsa Govan and Tilman Smith explore their gendered roles in systemic racism and the opportunities for action. Positioned between white men and BIPOC, white women are in a unique place of the power hierarchy. Today, in an excerpt from their book, we share their thoughts on navigating sexism and benefitting from white privilege.

Excerpted from What's Up With White Women?

Sexism creates barriers to accessing institutional power for women. National statistics show that violence against cisgender women is a genuine threat to our daily lives, with an even higher risk for trans* and gender nonconforming women. For example, in the National Center for Transgender Equality’s 2015 US Trans­ gender Survey, almost one in ten Black respondents had been physically attacked for being transgender in the past year, with the compounding factors of both racism and transphobia. 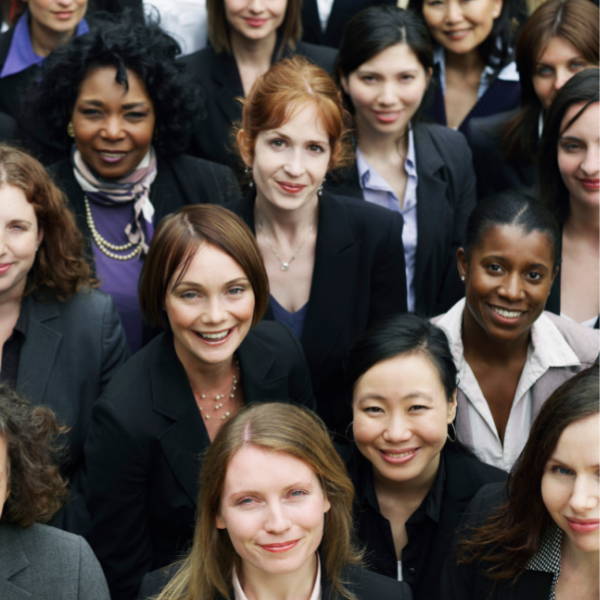 Sexism can also lead to lower pay and/or lack of access to employment, health care, childcare, and education. The recent #MeToo movement, founded by an African American woman, Tarana Burke, has cracked open the door of our collective under­ standing of how men, and predominantly white men, have created barriers to institutional access for women by using sex­ist tactics.

While sexual harassment is being illuminated in the United States more in recent years with the Women’s March and #MeToo campaign, most women have always known that sexism is real. Therefore, women must have strategies to survive indi­vidual acts of sexism, systems that thrive off of our underpaid or unpaid labor, and our disproportionate lack of access to resources to get through our lives.

When we don’t recognize that sexism comes in the form of institutional barriers, women are more likely to believe they, and other women, are personally to blame for any mistreatment or lack of progress they make. Women applying principles of male dominance and oppression to themselves and/or other women is called internalized oppression. The People’s Institute of Survival and Beyond defines internalized oppression as “a multi-generational, disempowering, dehumanizing process that creates dependency [in this case on white men]. It manifests itself as rage/ fear, shame, denial, self hatred, worthlessness, self destruction, exaggerated visibility, and exaggerated invisibility. It eats away at one’s humanity and sense of well-being, and comes in the form of adaptation, distancing, assimilation, colorism, tolerance, protectionism and mimicry, and instant gratification.” Any group or individual experiencing oppression can demonstrate the internalization of their oppression to different degrees at different times. Throughout the book, we’ll further explore the dynamics of white women’s internalized sexism in regard to ourselves and how we see and treat other women.

While sexism is integral to white women’s experiences, so is white­ness. The idea that “white is right” can permeate our interactions and our assumptions about ourselves, leading to internalized superiority in our beliefs and actions toward People of Color. In other words, we may come to believe that our socially and politi­cally superior status as white people is normal and deserved. 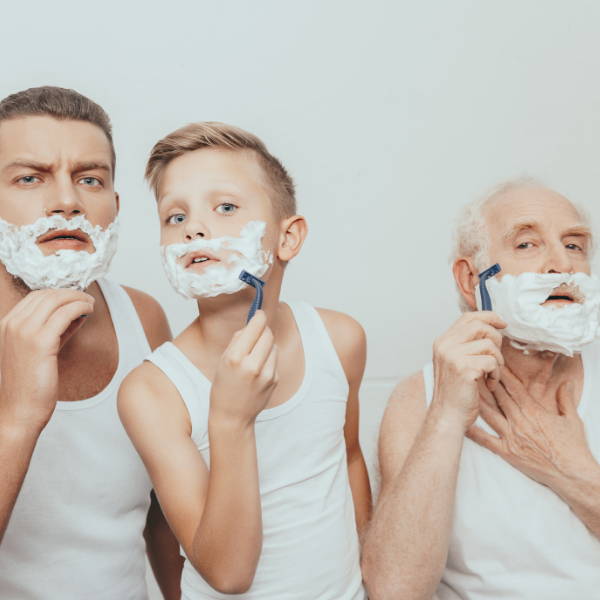 White women as a whole have more intimate access to white men. They are our fathers, brothers, uncles, and sons. Much of our access to power is dependent on how well we can work with or around white men.

Our strategies, both conscious and uncon­scious, in relationship to white men include paying extra atten­tion when they are speaking, asking a question rather than giving a direction, deferring to white men even when we think they are wrong, backing off from our arguments if we sense they are get­ting irritated or angry, laughing at their jokes, and crying when we feel misunderstood, helpless, or afraid of what is to come. These strategies are important to our safety and advancement, whether we are cognizant of using them or not. They can be effective ways to deal with the concrete reality of interpersonal, cultural, and institutional gender discrimination and violence. 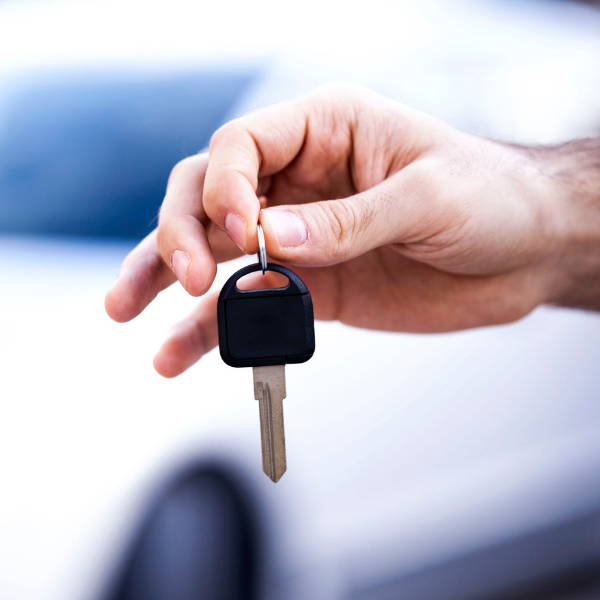 Many white women can relate to using these relationships to get our everyday needs met. When Tilman needed a car, she knew that she would receive better service and ultimately a better price if her husband Michael bought it. To do this, she and Michael found a car online, and Michael went to buy it alone. He returned in a short time with the car and a good price.

In the study “Race and Gender Discrimination in Bargaining for a New Car,” which examined negotiations for more than 300 new cars, it was found that Chicago car dealers offered Black and female testers significantly higher prices than the white males with whom they were paired, even though all testers used identi­cal bargaining strategies. A 2015 study in the New York Times Economic Review showed that Black people pay an average of $662 more than white people when buying cars. So, it makes good economic sense for white women to rely on white men in our lives to purchase automobiles.

Another way white women benefit from proximity to white men is that we learn how to behave in ways to help us gain power and control in the workplace. We have emulated and internalized the lessons on white male cultural norms, values, and behaviors that help us navigate institutions. Some of these norms include prioritizing hierarchy, timeliness over relationships, strict control of and limited access to information, and either/or thinking. If we’ve used these tools to successfully navigate sexism and gain controlling positions in our jobs, we may feel simultaneously en­titled to sustain this control and concerned about losing it.

This explains why white women in organizations with a mis­sion statement focused on racial justice may be able to “talk the talk” but are unwilling to give up any of the benefits of whiteness and “walk the walk” of said mission. Some resulting behaviors can include micromanaging people’s work activities and commu­nication, taking over meetings with rigid and intense speech and expectations, creating a sense of urgency that doesn’t allow for multiple perspectives, and interjecting our opinions and synopses even when not asked for or needed. We may make performative gestures toward racial justice and signal to others how different we are from other white people (who are obviously the problem) without doing anything to challenge the status quo of the workplace, especially if this would mean risking our jobs.

While white women can gain power through our relationships with white men, we also pay a price for this power. In 1988, Deniz Kandiyoti coined the term patriarchal bargain in her article “Bar­gaining with Patriarchy.” The term refers to a woman’s decision to conform to the demands of patriarchy to gain some benefit, whether it is financial, physical, psychological, emotional, or so­cial. The trade­off for us is that we often abdicate our inherent power, rights to sovereignty, and intelligence to cash in on the presumption of protection and ease. It leads us to believe that men have our backs when this is not often true. As Jaime Phlegar wrote, “One problem with patriarchal bargains is that they pres­sure women into internalizing patriarchal ideologies and, thus, either knowingly or unknowingly recreating patriarchy every day. Even if some of these bargains are ‘easy’ for women to make— even if they do not bring immediate harm to women’s own lives or if they make an individual woman’s life easier in the short term—it reinforces a system of oppression for all women. There is an individual gain, but a collective loss.”

It is important to understand that not all white women want or have close relationships with white men who provide this transactional pathway. This may be influenced by class, religion, immigrant status, disability, age, sexual orientation, or other areas of personal identity. For example, straight women of all races can leverage sexual attraction with white men, resulting in different levels of access to privilege and power. They may also be less likely to risk challenging a straight white man than queer women because they’ve internalized the value of not endangering poten­tial partnerships. (This is true whether either party is currently in a relationship.) 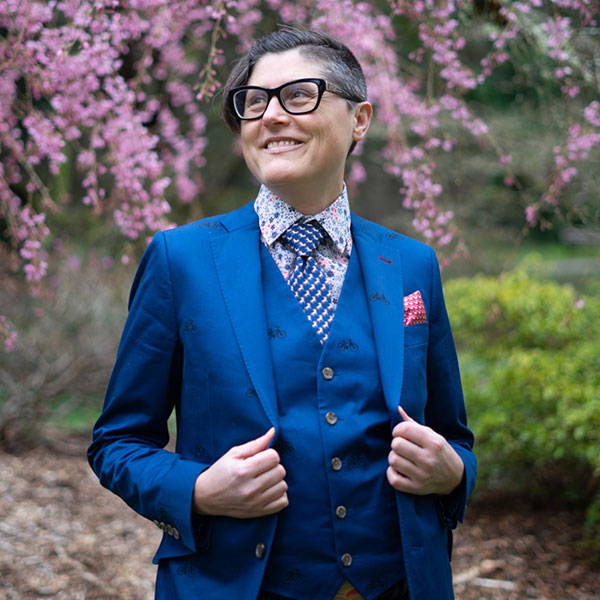 Ilsa Govan is an anti-racist facilitator, consultant, leadership coach, activist, and the co-founder of Cultures Connecting, which has helped countless organizations put their vision of racial equity into practice. She lives in Seattle, WA. 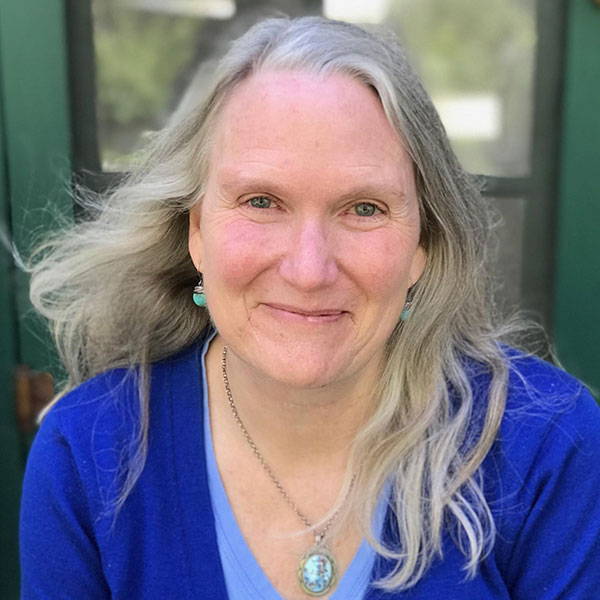