This excerpt is from the book The Food Lover's Garden: Growing, Cooking, and Eating Well by Jenni Blackmore.

Jenni Blackmore is an artist, writer, micro-farmer, and certified Permaculture Design Consultant. She's an ardent supporter of holistic food production who strives to grow her own vegetables.

Excerpt from the book The Food Lover's Garden

Cucumbers, along with tomatoes, are two of the main ingredients in Greek salad and they go equally well in a host of other salads that might include beans, grains, corn, fruits, and seafood. They’re very versatile and seem to complement most summer meals, cucumbers being particularly compatible with seafood such as shrimp and salmon. Dill with cucumber is the perfect marriage!

I call this a “Pseudo” Greek Salad because I think technically a true Greek salad uses sliced red onion, and a non-sweetened oil/vinegar dressing with lots of oregano. Typically I tend to find this a little harsh in taste. I prefer to use green onions and a sweeter dressing, and fresh cilantro. I’ve also been known to add some homemade corn relish or some canned corn, which I’m pretty certain breaks the rules but certainly adds a beautiful yellow sparkle to the other colors, along with the added sweet corn flavor. 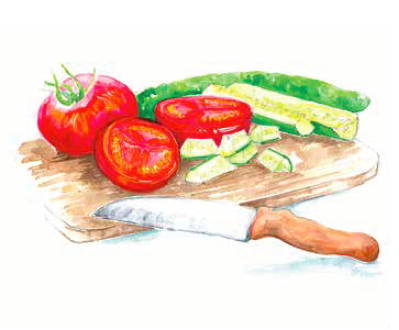 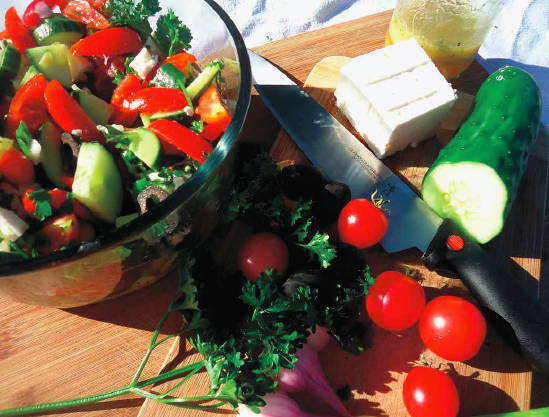 How to Make Elderberry Syrup Why We Should Be Concerned