Understanding power and mastering power dynamics is perhaps the essential skill for change agents across all sectors seeking to ignite positive change in the world. In the Power Manual, Cyndi Suarez explores major concepts of power, focusing on the dynamics of domination and liberation, and presents methods for shifting power relations and enacting freedom. Today, we share an excerpt from the Power Manual that explores the relationships within different types of power.

Max was one of the first black students admitted into elite private schools on the east coast of the United States. While his parents sent him to these schools to receive a quality education, to make it through, Max also learned to navigate difficult social dynamics. He recalls that, when he was in eighth grade, there was a white student who was always making fun of him. As one of the few black students, Max had been picked on a lot. “A black kid is someone who is clearly different on the outside,” Max said. Eventually, Max decided he wasn’t going to give this kid any more attention. This annoyed the kid, who tried different ways to regain the upper hand. He eventually began to be nice to Max, in hopes of getting his attention again, to no avail. Their peers noticed this shift in attention — of power — and the kid lost their esteem. Max was learning how to perceive and shift power dynamics.

We all want power. The power to attract the love we want. The power to create what we want to see in the world. The power to avoid harm. But what is power? And how does one obtain power, especially if one is defined as powerless by society, as black people are?

Power is, first of all, relational. It operates in relationships of inequality where we seek advantage and so is intentional. On the other hand, we are lessened by the inability to assert equality of right and opportunity in an interaction. Power is not about the rule of law, institutions, society, or the state. These are simply the dead forms, or artifacts, that result from past power-laden interactions, or confrontations.

Power is exercised, not acquired. Everyday interactions contain aims and objectives that make the exercise of power visible and understandable.

Power is also never absolute. There is always resistance. Power is a force field of relationships based on inequality.

Oftentimes leaders or social-change activists think that, if they create and implement new structures, they can shift the way people in an organization interact. Focusing instead on creating collective understanding of how people are currently interacting and their desired ways of interacting can lead to exponential and immediate change.

For example, Otto Scharmer and Ursula Versteegen worked with a network of physicians in an area of Frankfurt, Germany, to improve emergency care service. They began by conducting over 100 interviews with both patients and physicians. They then invited the people interviewed to share the results. Almost 100 attended.

Meeting participants then broke into small groups and talked about what the levels meant to them. They then identified the level(s) that they were currently functioning within and the one(s) they desired. The final tally revealed that both patients and physicians felt they were functioning at levels one and two, and both wanted to function at three and four. They realized that they wanted the same thing and that the system was them, what they chose to enact. With this new awareness, participants spoke about how this was true in their own work and thought of ways they could behave differently. They began to share ideas and went on to work on many projects together, including an innovative emergency care system.

To assert one’s own power in a way that promotes mutuality, one must know the type of power one seeks. There are two fundamental types of power. One is the ability to dominate, or control, people and things. This power rests on relative rank and the privilege of being at the top. It reflects a supremacist way of thinking — an acceptance of relationships of domination and submission. Supremacist power is a crude form of power, related to scarcity consciousness, or the belief that the world holds limited supplies of the things we want — love, power, recognition. An alternative type of power is liberatory power — the ability to create what we want. It stems from abundance consciousness. Liberatory power requires the transformation of what one currently perceives as a limitation. The distinction between these two types of power is important.

People committed to liberation often focus on the domination aspects of power, on understanding the ways some people are made powerless by others. Though there is much to understand about this type of power and how it works, focusing on it often limits the attention to the ways one does assert power — a critical aspect of liberatory power.

Further, one can build one’s capacity for liberatory power. It requires a commitment to living mindfully, constantly increasing one’s level of awareness, so that when one finds oneself in an interaction that positions one as powerless, one is able to perceive it, keep calm, and assert mutuality. Liberatory power helps one refrain from asserting power over others, or to do so carefully.

The stories one tells oneself and others transmit or transmute power.

Max decided not to give his tormentor any more attention. He revised the story to make him insignificant, and it worked. The story about what is happening shapes reality, particularly whether one is positioned as powerless or powerful in it. Liberatory power invites one to construct a story about oneself as powerful. It trains us to look for where our power is. Over time, one is able to move through the force field of relationships without taking on the low opinion of others or opining low of others.

Questions for Consideration in Interactions 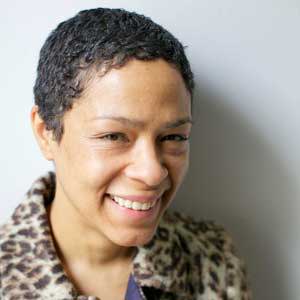 Cyndi Suarez works with leaders in nonprofit organizations, philanthropy, and social movements, including most recently the Movement for Black Lives. She helps social change leaders move from struggle to flow by helping them build elegant ideas and structures. She lives in Boston, MA. Power In The Pleistocene (Excerpt from Power by Richard Heinberg)